The Economy Is Reeling. The Tech Giants Spy Opportunity. Many companies are retreating. But Amazon, Apple, Facebook, Google and Microsoft are placing bets to get even bigger.

SAN FRANCISCO — Even as Facebook grappled this month with an internal revolt and a cascade of criticism over its refusal to take action on President Trump’s inflammatory posts, the social network was actively making other bets behind the scenes.

Late one Tuesday, as attention was focused on how Facebook might handle Mr. Trump, the Silicon Valley company said in a brief blog post that it had invested in Gojek, a “super app” in Southeast Asia. The deal, which gave Facebook a bigger foothold in the rapidly growing region, followed a $5.7 billion investment it recently pumped into Reliance Jio, a telecom giant in India.

The moves were part of a spending spree by the social network, which also shelled out $400 million last month to buy an animated GIF company and which is spending millions of dollars to build a nearly 23,000-mile undersea fiber-optic cable encircling Africa. On Thursday, Facebookconfirmed that it was also developing a venture capital fund to invest in promising start-ups.

Other technology giants are engaging in similar behavior. Apple has bought at least four companies this year and released a new iPhone. Microsoft has purchased three cloud computing businesses. Amazon is in talks to acquire an autonomous vehicle start-up, has leased more airplanes for delivery and has hired an additional 175,000 people since March. Google has unveiled new messaging and video features.

Even with the global economy reeling from a pandemic-induced recession and dozens of businesses filing for bankruptcy, tech’s largest companies — still wildly profitable and flush with billions of dollars from years of corporate dominance — are deliberately laying the groundwork for a future where they will be bigger and more powerful than ever.

Amazon, Apple, Facebook, Google and Microsoft are aggressively placing new bets as the coronavirus pandemic has made them near-essential services, with people turning to them to shop online, entertain themselves and stay in touch with loved ones. The skyrocketing use has given the companies new fuel to invest as other industries retrench.

The expansion is unfolding as lawmakers and regulators in Washington and Europe are sounding the alarm over the tech giants’ concentration of power and how that may have hurt competitors and led to other issues, such as spreading disinformation. This week, European Union officials were preparing antitrust charges against Amazon for using its e-commerce dominance to box out smaller rivals, while Britain began an inquiry into Facebook’s purchase of the GIF company.

Some of the tech behemoths have made little secret of their intention to forge ahead in a recession that has put more than 44 million Americans out of work and that officials warn will be protracted. 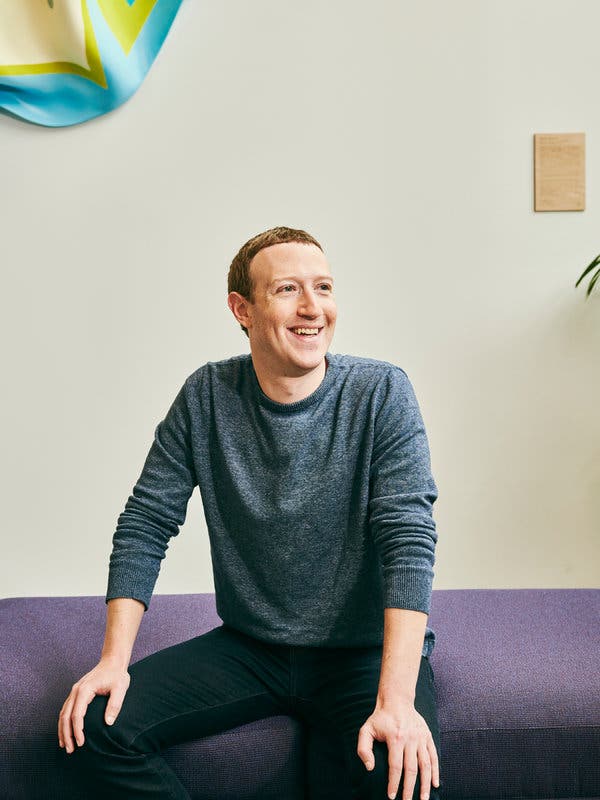 “When the world changes quickly, people have new needs, and that means there are more new things to build,” says Mark Zuckerberg, Facebook’s chief executive. Credit…Jessica Chou for The New York Times

“I’ve always believed that in times of economic downturn, the right thing to do is keep investing in building the future,” Mark Zuckerberg, Facebook’s chief executive, said in an investor call last month. “When the world changes quickly, people have new needs, and that means there are more new things to build.”

In doubling down on growth in a time of economic pain, the largest tech companies are continuing a pattern. In previous recessions, those that invested while the economy was at its most vulnerable often emerged stronger. In the 1990s, IBM used a recession to reorient itself from a hardware company into a software and services company. Google and Facebook both rose out of the dot-com bust about 20 years ago.

Apple, whose iPhones now dominate computing, doubled its research and development budget for two years during the downturn in the early 2000s. That led the company, which nearly went bankrupt in the late 1990s, to create its iPod music player and iTunes music store — and eventually the iPhone, the App Store and an unbridled growth streak, said Jenny Chatman, a professor at the Haas School of Business at the University of California, Berkeley.DEALBOOK: An examination of the major business and policy headlines and the power brokers who shape them.Sign Up

Ranjan Roy, a tech commentator for The Margins, an internet industry blog, said it was clear the tech behemoths were unafraid to get more aggressive now and that the power they were accruing should give people pause.

“Without any pushback from regulators, big tech companies would almost unquestionably come out of the pandemic more powerful,” he said. “So many additional parts of our daily lives are becoming dependent on their products, or they could just buy or copy the services they don’t yet deliver.”

Still, the companies are taking risks by spending in an uncertain period, said John Paul Rollert, a professor at the University of Chicago Booth School of Business.

“To double and even triple down when the casino is on fire is a remarkable move, because they may not even be able to cash in their chips later on,” he said.

Amazon, Apple, Facebook, Google and Microsoft, which declined to or did not respond to requests for comment, have plenty of cash. Combined, they are sitting atop about $557 billion, enabling them to maintain a pace of acquisitions and investments similar to last year’s, when the economy was humming, according to a tally of financial disclosures. They have been among the top corporate spenders on research and development for most of the last decade, according to PwC, the big accounting firm.

The companies have ramped up their activity since March, when shelter-in-place orders began. As Amazon, Facebook and others adapted to their employees working from home, they experienced a spike in use. Messaging and other teleconferencing software soared in popularity.

Google, too, updated products that people can use to work from home. In April, it said that its video chat service, Google Meet, would be easily available inside people’s Gmail windows and free to anyone with a Google account. It also said it would start making listings in its shopping search results mostly free, instead of having merchants pay for all their products to appear in the results, to bolster e-commerce searches.

Amazon said this month that it was leasing 12 Boeing 767s to increase its fleet to more than 80 aircraft. Credit…Scott P. Yates/Rockford Register Star, via Associated Press

Amazon was initially overwhelmed with a surge of online orders and safety concerns over its warehouse workers. In response, the company added more than 175,000 jobs to keep up with demand.

Amazon has since invested further. While aviation all but ground to a halt in the pandemic, the company said this month that it was adding 12 Boeing 767s to its fleet of more than 70 delivery planes. It also discussed buying Zoox, an autonomous vehicle start-up valued at $2.7 billion, according to a person with knowledge of the talks. The discussions were earlier reported by The Wall Street Journal.

Apple, with $193 billion in cash and debt, went on its own buying spree. This year, it bought DarkSky, a popular weather smartphone app; NextVR, a virtual reality company; Voysis, a digital assistant and speech recognition software company; and Xnor.ai, an artificial intelligence start-up.

The company will soon hold a developer conference virtually and is managing a surge in activity on FaceTime and iMessage as people use those services to communicate in quarantine.

Facebook’s activity has been the most pronounced. When the coronavirus swept through the United States in March, the social network was inundated with people flocking to its apps to use voice and video chat services. Mr. Zuckerberg said Facebook was “just trying to keep the lights on.”

But the company soon capitalized on the momentum. Mr. Zuckerberg accelerated the building of some products, introducing Messenger Rooms, a group video chat service, in April.

That same month, Facebook said it was taking a $5.7 billion stake in India’s Reliance Jio. It was the company’s largest investment in an outside company, giving it more access to one of the world’s fastest-growing digital markets.

“We are committed to connecting more people in India together with Jio,” Facebook said of the deal, noting that Jio had brought more than 388 million people online in less than four years.

Last month, Facebook bought the GIF company Giphy for an estimated $400 million. Giphy is to be integrated with Instagram, the photo-sharing app owned by Facebook. And last week, the social network invested millions in Gojek. Based in Jakarta, Indonesia, Gojek makes an app for digital payments, transportation and other services that is used by more than 170 million people in Southeast Asia.

Facebook is now working on the new venture fund, which will help it spot new popular apps. The fund was reported earlier by Axios.

In driving the activity, Mr. Zuckerberg may be taking a cue from a Facebook board member, the venture capitalist Marc Andreessen. In April, Mr. Andreessen wrote a blog post titled “It’s Time To Build” and said, “We need to demand more of our political leaders, of our CEOs, our entrepreneurs, our investors.”

Less than two weeks later, Mr. Zuckerberg said on the investor call that he was doing exactly that: building.

He said he felt “a responsibility and duty to invest” and added, “We’re in a fortunate position to be able to do this.”

Airbnb Was Like a Family, Until the Layoffs Started
arrow_forward

Why tech didn’t save us from covid-19